However, he seems to have now come back 'on song'. As reported in the BMJ, he is quoted as saying that the "role of criminal law and medical manslaughter in cases where doctors make mistakes must be rethought" (see news item). After all, David Sellu was jailed for gross negligence manslaughter and later had his conviction overturned (see another BMJ news item). This has relevance for the Hazida Bawa-Garba case (see timeline). It even has relevance for the Ian Paterson case which Kennedy himself reviewed (see yet another BMJ news item). Even the prosecutor at the trial admitted that Paterson's motives remained obscure (see BMJ news item). However unprofessional his conduct may have been he seems to have not been aware of it. Paterson maintained his innocence throughout the trial and sat with his eyes mostly closed, shaking his head throughout the statements (see another BMJ news item).

Maybe Kennedy is angling to do the report on this matter. He even did the MPs' expenses inquiry. I do wonder though whether he ought to hand over to someone else.
Posted by DBDouble at 7:27 pm No comments:

What do you do if a cricket ball won’t reverse? 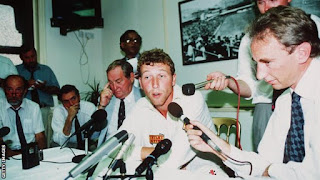 Posted by DBDouble at 9:34 pm No comments: 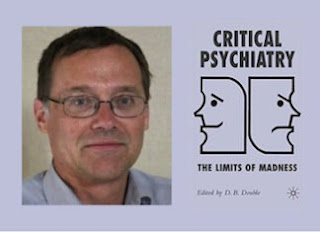 Hey, guess who’s on Mad In America radio
Posted by DBDouble at 12:58 pm No comments: