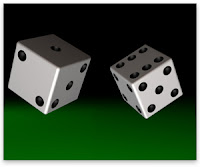 The Guardian reports that John Healey, the Labour Shadow Health Secretary, has had a Freedom of Information request refused to release details of what risk assessment the health department or its advisers have undertaken to identify potential hazards of the reforms. In his letter to David Cameron before Christmas, the question about risk assessment was one of several that Healey asked.
Posted by DBDouble at 9:38 pm