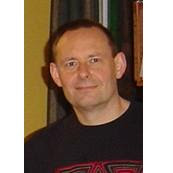 It's perfectly reasonable for Ian to defend his students but this has cost his job. Hopefully university education can be improved beyond increasing the number of 3 and 4 star staff submitted to the REF (Research Excellence Framework). As CDBU says, universities should be "places where students can develop their capacities to the full, where research and scholarship are pursued at the highest level, and where intellectual activity can be freely conducted without regard to its immediate economic benefit".
Posted by DBDouble at 12:31 pm