Medical staffing in the NHS 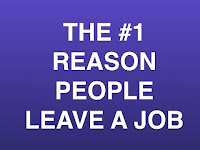 I've mentioned before that doctors are unhappy (see post). Rachel Clarke, in a BMJ article, describes situations in which NHS HR fails to provide junior doctors "with a contract, rota, or confirmation of their salary in advance of starting work". She also describes an anecdote of an unwell junior doctor being told by HR "that they expected him to find his own locum cover, that the rota gap was his fault, and that it was unprofessional and unacceptable that he had not filled it".

Actually the NHS has always been poor about providing written contracts. It maybe seemed to matter less in the past when there was a good personal relationship with someone in medical staffing. One had confidence at least that one would be paid correctly. Rotas were often worked out by the doctors themselves, which gave them flexibility.

This goodwill has gone in the era of acountable, so-called patient-centred care. It's reasonable for doctors to expect the NHS to be accountable in the same way as they are.
Posted by DBDouble at 12:11 pm