What can I listen to on car radio? 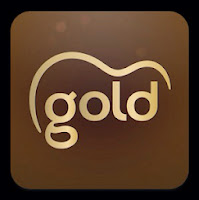 Just had to listen to Gold via iPad app to make sure it was still there (but without presenters) as could only get Smooth on car radio today - see why. Why change my habit?
Posted by DBDouble at 7:48 pm No comments:

Reduce drugs we give people in NHS

The Guardian gives over its front page to an interview with the retiring NHS chief executive, who in my opinion should have resigned in 2009 (see previous post). He argues for an extra change fund to switch hospital to community based care. There is clearly scope for this to happen, but it does need a properly based philosophy of care to underpin it. Actually, what we need as a society is less medicine not more (see another previous post). This means doing what he says we should not do, which is reduce the drugs we give to people.

And there's nothing wrong with serious A&E cases being centralised in major emergency centres, but that's a relatively minor issue compared to providing effective alternatives to admission to hospital. And one of the biggest mistakes would be to dismantle the primary care system we have in this country, which is envied by others, even if it has lost its way a bit with countless NHS managerial reforms. And of course we do still need acute hospitals.
Posted by DBDouble at 8:08 pm No comments: 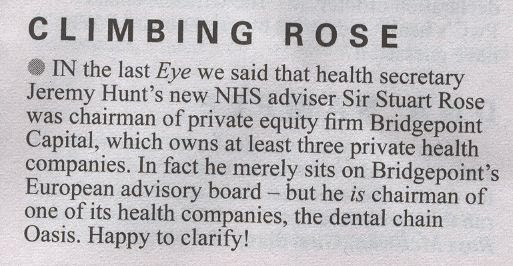 Posted by DBDouble at 8:38 pm No comments: