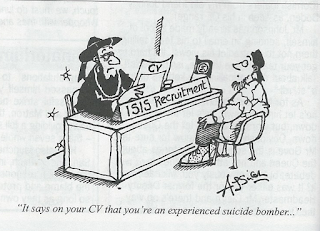 How computers are changing the world of healthcare

I have been reading The digital doctor: Hope, hype, and harm at the dawn of medicine's computer age. As I have done previously (eg. see my critical psychiatry blog post), I have tweeted quotes or modified quotes as I have read the book:-


Actually it's not the doctors' fault. They do have genuine concerns (see Health Affairs blog):-


The essence of the problems is poor usability; taking too much time; interference with face-to-face patient contact; and degradation of clinical documentation.


Remarkably, electronic health records have not been developed to improve clinician satisfaction:-


Doctors will need to adapt to electronic health records. There may be a role for the use of scribes, which a training doctor or medical student could fulfil in the interests of their learning (see NYTimes article).
Posted by DBDouble at 9:01 pm No comments:

Alan Partridge 100/1 to be first Mayor of East Anglia

East Anglia was one of the earliest settlements of the Anglo-Saxons. North Folk and South Folk may well have existed before any East Anglian King. East Anglia, with much of its earnings based on wool and textiles, was a rich area of England until the effects of the Industrial Revolution moved manufacturing to the Midlands and the North.
Posted by DBDouble at 1:08 pm No comments:

Despite all his passion for welfare reform, the real reason Iain Duncan Smith has resigned as work and pensions secretary is that his reforms have failed (see resignation letter). The immediate focus is on PIP (personal independence payments). The introduction of this benefit has not generated the savings that the government expected. In fact, more people have been given it than expected and the average payout is higher than expected (see BBC report). The introduction of PIP was slowed to try and implement it properly and avoid the number of successful appeals, as was the case with Employment Support Allowance (ESA). There are still many people waiting to be reassessed. It's not going to be easy for the new work and pensions secretary to get this budget under control. I suspect Stephen Crabb has a recognition from George Osbourne that he can't.
Posted by DBDouble at 11:17 am No comments: